I’ve been on a fountain pen purchasing hiatus for a while, as I’ve been trying to use what I have rather than buying more pens that will see little or no use. Also, money is a thing, and this hobby can get really expensive really quickly.

So when reviews of the PenBBS pens started coming out I largely ignored them, even though they were generally very positive. That changed when I saw the PenBBS Hawaii: here was a chance to get a pen with a Kanilea Pen Company kind of vibe, but at a price that I can afford. To be honest, despite the reviews, at this price point ($39) I thought that I’d get a cheap, plasticky feeling pen that wouldn’t really be a piston filler.

This is what arrived in the mail:

Then I took this out of the sleeve:

I don’t usually care much about packaging, but this is worth noting. Even if the packing would have just been a sturdy cardboard box inside a sleeve it would have been mind-blowing for this price. But it’s so much more than that.

That black box is designed like the boxes high end Pelikans come in (including a cushioned interior). It’s designed. There’s texture to it, a logo and the edges are rounded up so you can see the red colour underneath. The box even comes with magnetic closure. It’s well-made enough and good-looking enough to be used as a display box.

But that’s not enough for PenBBS. You paid $39 remember? You’re going to get so much more than your money’s worth. The pen comes in a beautifully made sleeve. Somebody bothered to make a sleeve (a lined and sewn sleeve, not a cheap felt glued one, mind you), and then took the time and effort to make it a display piece: something that you’d proudly carry around with you. 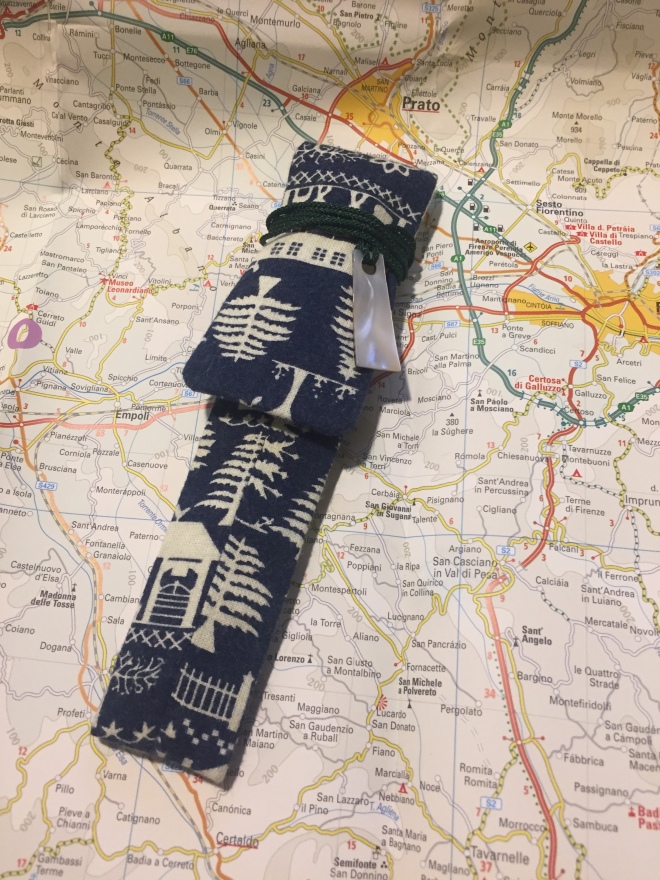 But the pen is the thing, right? As amazing as the packaging is, we’re here for the writing experience, not the unboxing one. So here it is, the PenBBS 309 Hawaii:

Isn’t it pretty? The pen is semi-translucent, with a lot of depth and chatoyance. It’s also pearlescent in places, as you can see in the tip or near the section. I filled it with Sailor Bungubox June Bride Something Blue ink and you can see some of the colour coming through the body (and a slight smear of ink in the cap, where I didn’t clean it properly after filling before capping it).

The only thing that I don’t quite like about the pen design is the super wide metal band on the cap. It has “PenBBS” and “309” engraved on it, but it cheapens the pen because of its width, not because of the branding.

The nib looks great, with some thoughtful scrolling engraved on it, as well as the nib width (fine. It only comes in fine). The pen is quite standard in its width and weight, and very comfortable to use in long writing sessions. The section looks sleek, but is much less so than the Lamy Studio, and the lip on the edge prevent your fingers from accidentally hitting the nib and getting inky.

The fine steel nib offers a tiny bit of line variation as you tilt in (not the flex kind of line variation that appears as you apply pressure on the nib). It’s smooth but does provide feedback, and depending on how you hold it, you may feel more or less of that slight feedback as you write. I enjoyed writing with it, and because it’s a light acrylic pen, its comfortable for really long writing sessions.

Because its a fine nibbed pen I thought that I’d try it on my current journalling Moleskine. To my surprise this pen and ink combo worked fine on that paper. There are a few dots of show through here and there, but nothing that bothers me. Again, YMMV, and this LotR Moria Moleskine isn’t advertised as having fountain pen friendly paper, but I’ve been enjoying journaling with my PenBBS on it.

The PenBBS 309 is a piston filler, which for this price is unconscionable, especially considering that the piston mechanism works smoothly (and without squeaking) out of the box. The Pelikan piston fillers do feel better than the PenBBS one, but they come at a much higher price.

Whether you’re just starting with fountain pens or you have a sizeable collection already, the PenBBS 309 is well worth purchasing and trying out. I look forward to trying other PenBBS pens after this one, and I love that companies like PenBBS allow people to have a great fountain pen experience at such an affordable price.